ANPR, or Automatic Number Plate Recognition, is a system designed to improve the safety and security of motorists using the general public by detecting, disrupting and deterring criminality on the British road system. It is used is regulated by the Protection of Freedoms Act 2012 which was passed on 1 May 2012. Currently, ANPR is used by police, law enforcement agencies and DVLA. 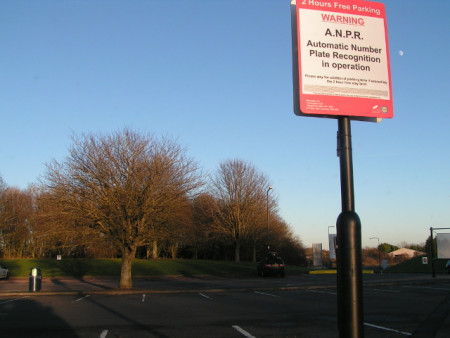 How does ANPR work?

The exact number of ANPR cameras has never been confirmed by the government, but some sources claimed that there are at least 8,000 cameras installed as of 2014. Using a combination of infrared bursts and optical character recognition technology, these cameras are designed to ‘read’ and identify number plates in a single frame. The readings, as well as images, are then transmitted to the National ANPR Data Centre, where powerful computers analyse and cross reference the data against police, DVLA and other law enforcement agencies’ database. Matches will trigger alerts which will be disseminated to the relevant agencies for corrective actions.

It is important to point out that ANPR readings of fast moving vehicles are made in a fraction of a second. As such, a high degree of sensitivity is required to accurately read the number plates. Despite this amazing level of precision, the cameras can be affected by trivial details such as:

(i) Screws: Incorrect placement of screws, or overly large screw caps, account for 72.6% of all misreads of vehicle registration mark. Anti-tamper screws, which are known to have smaller caps, have been shown to reduce misreads.

(ii) Adhesives: Using adhesives or plastic can affect the retro-reflective layer of number plates. Up to 23% of misreads can be attributed to this.

(iii) Colours and Fonts: Deviations from standard colours and fonts affect the reading of cameras both under visible and near infrared spectrums. This issue usually crops up with personal licence plate, where vehicle owners attempt to further enhance the uniqueness of their plates by implementing illegal deviations. This causes about 1.8% misreads. Considering the low number of vehicles with private number plates, this is actually quite a serious issue.

As with most government-owned mass surveillance technology, there are valid concerns about privacy and third-party access to ANPR data. Some are also concerned that the government will abuse the system and use ANPR to monitor the movements of specific individuals.