Over 27,000 number plates are stolen in the UK annually, averaging at more than 70 thefts a day. That’s almost a quarter of the number of vehicles reported stolen (111,999)! So why are people stealing number plates?

In almost all instances, numbers plates are stolen to conceal criminal activities or criminal intent. The three most common reasons are:

Using a fake number plate is probably the easiest way for motorists to steal fuel from gas stations. After filing up their tanks with petrol, they will simply drive away. Once they are sufficiently far off, they will simply switch back to their original number plates. Station owners will typically file police reports for such incidences using camera footage. However, since the criminals are using fake plates, police won’t be able to track them. To make it more difficult to find them, the perpetrators usually wear sunglasses or hoodies to mask their appearance. 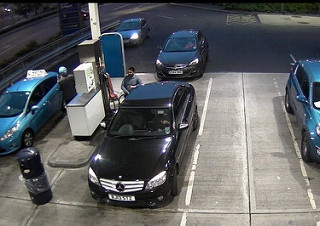 Stolen vehicles don’t have the necessary paperwork to leave the country, so they are actually quite easy to locate - unless they are just used for spare parts (which reduces the value of the vehicles by as much as 90%). They can’t even drive the vehicle around since Automatic number plate recognition (ANPR) cameras will detect the number plates and alert the police.

However, there exists a simple loophole which allows criminals to use stolen vehicles – just replace the number plates. The police label this method as car cloning.

After the thieves have stolen a vehicle, they will then steal the number plates of a vehicle of the same brand, model, age and colour. Once they have switched the number plates, they will no longer be easily detected. This is why car thieves usually target popular vehicles, since detection will be more difficult. For obvious reasons, personalised number plates are not favoured owing to their uniqueness – though you can never tell, because some criminals do have a taste for cool looking personalised plates.

To make matters worse, some of these vehicles are then used while committing more serious crimes such as robbery and kidnapping. They will then switch to a ‘safe’ car, and abandon the stolen car with the fake number plates at a secluded spot.

There is a small but growing number of motorists who use stolen number plates to mask their traffic violations. They will use these stolen plates for illegal street racing and driving beyond speed limit (sometimes to deliver contraband goods). After a period of time, the original number plate owners might even be saddled with multiple summonses and fines.